One teaching form which is of particular importance to me is “mooting”. I consider it as one of the most stimulating teaching forms as students are prepared for Court proceedings. Both during the preparations and in the Court hearings students develop all necessary skills required for the above.

From Summer Semester 2011 until Summer Semester 2017 I had overall responsibility for the ELMC and preparing the FU Berlin Team for ELCM. Together with my team I invented, implemented and constantly improving what we call the “three-level and 360-degrees teaching approach”, which briefly involves the following. First, the team is coached in multiple sessions aiming at developing different skills. Second, apart from the professor, the teaching assistants and students who are former participants in ELCM, other actors take part in the preparations. Thus, the team is also exposed to practitioners, such as lawyers from leading international law firms, judges, and experts from the government, such as lawyers who frequently plead before the CJEU.

As a result, the FU Berlin team frequently ranked among the top twelve teams worldwide, out of approx. 100 teams; even though FU Berlin has a very limited pool of participants and scant financial resources in comparison to U.S. and other European law schools. The FU Berlin Team frequently reached next level in the competition and even reached the All-European Final in Luxembourg in 2012/2013. It is impressive to witness the learning curve during a semester and how students successfully develop their knowledge, independent thinking, practical and analytical skills as well as social skills. 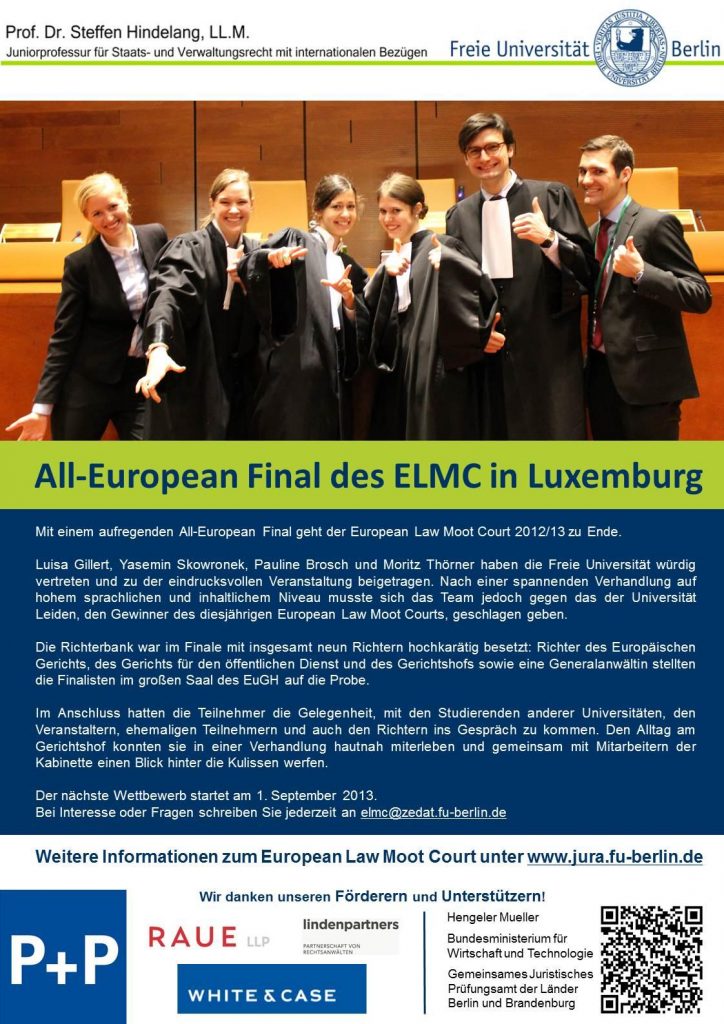 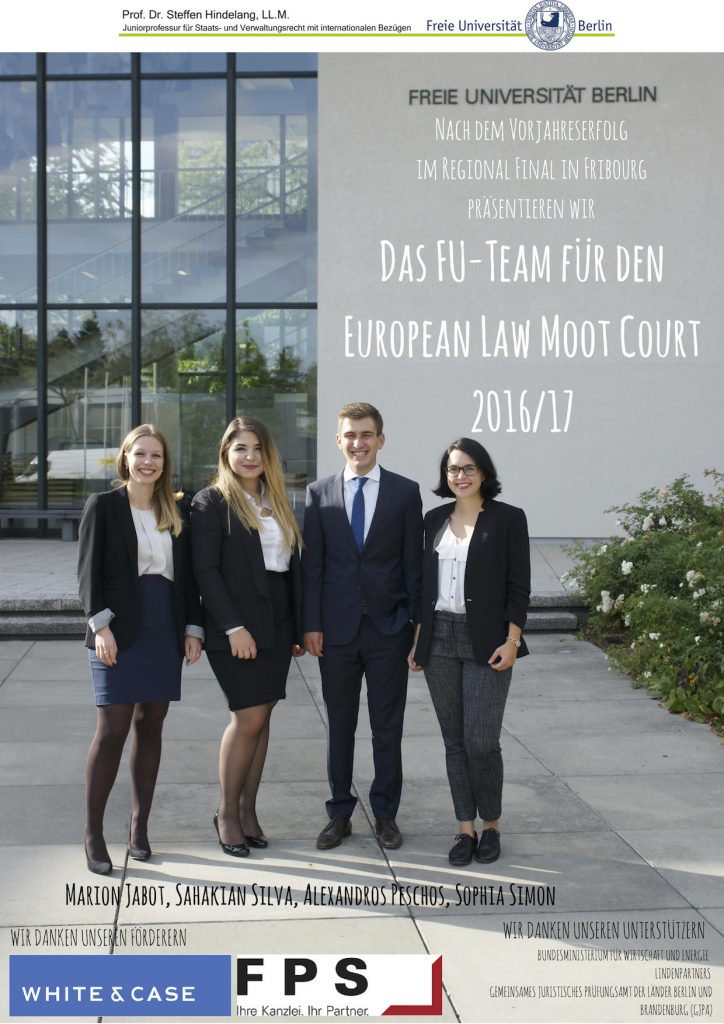 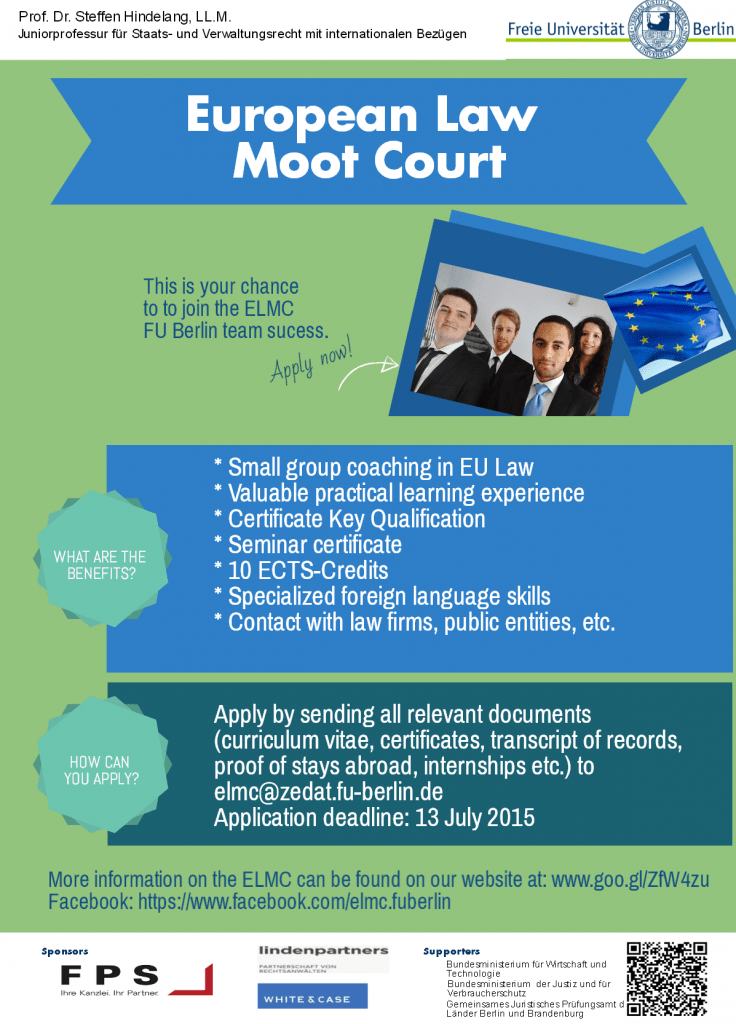 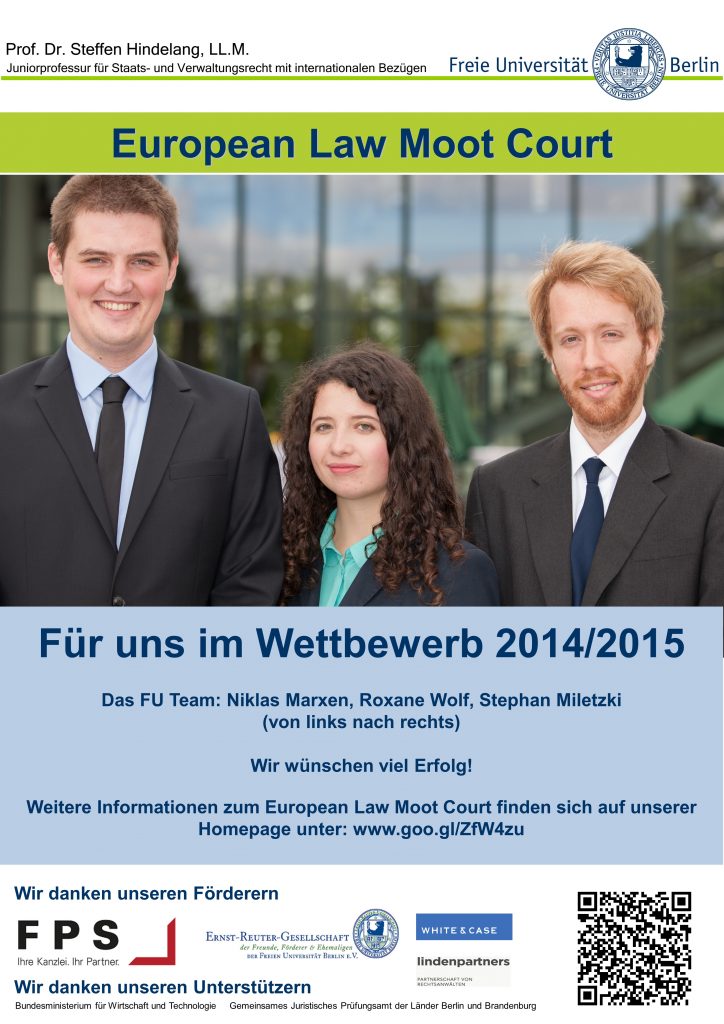 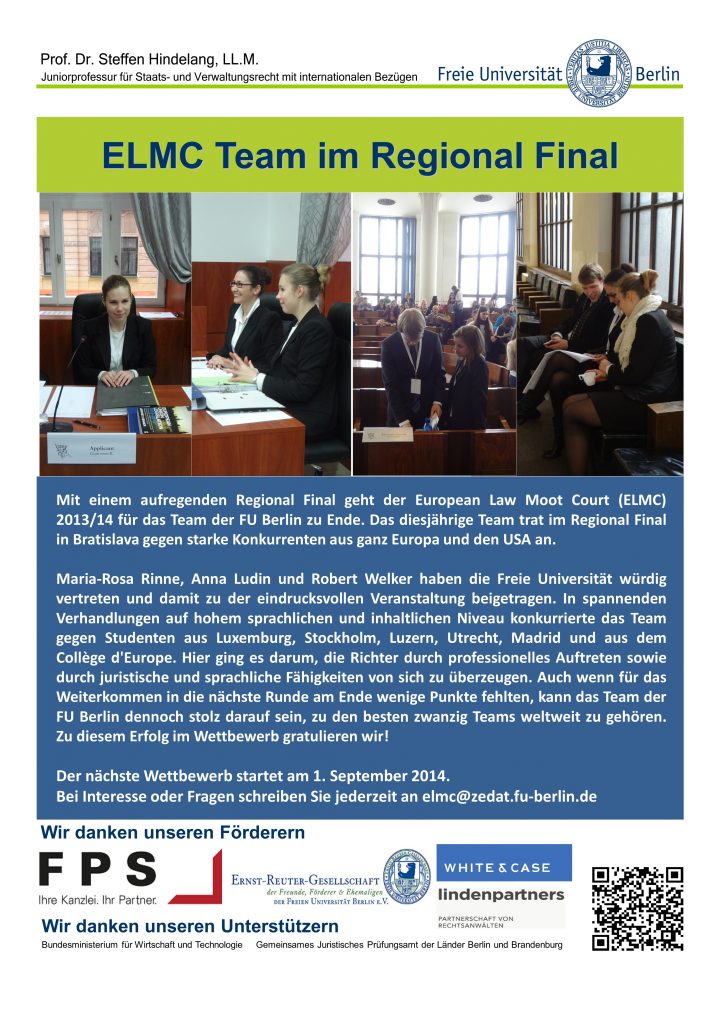